Indigenous Peoples: “We want to be seen as people, not as objects or as heritage” 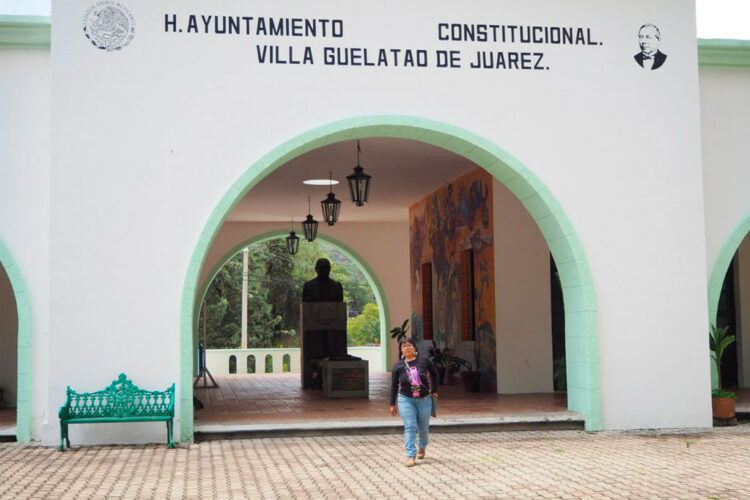 Miriam Pascual Jiménez is a Zapotec woman, originally from the northern highlands of Oaxaca, from the Guelatao community. She is a social anthropologist and lawyer and has dedicated these last years to working for the defense of women and girls on issues related to the defense of the territory, the fight against human trafficking and the defense of the rights of women in Guelatao.

Miriam is a very cheerful, supportive and determined woman who has dedicated a large part of her life to the defense of human rights and the preservation of her culture, land and language. Her story has recently been documented in the book The brave adventures of women defenders. Stories for girls and boys of all agesedited by UN Human Rights.

Miriam grew up and lived in Guelatao and saw how her relatives, although they left the community for work or to study, in the end they always returned to return something to the community.

She was lucky because she had the opportunity to study two degrees.

“Practically a privilege within the region. We are very few people who reach a university education. It is a complicated issue because discrimination in the educational system against indigenous peoples is gigantic. So actually I manage to study because my grandmother breaks with the tradition of forced marriage towards her”, he points out.

He first studied Social Anthropology in Puebla and then Law in Mexico City. There were many obstacles that he had to overcome in order to complete his studies, from discrimination to lack of resources.

For example, he had to sell sweets, to finish the races. But it is in them where she specializes in human rights.

In the first degree, he learned to document cases of human rights violations and, in the second, to carry out strategic litigation.

He began to work on various issues such as organized crime, indigenous peoples, disappearances and human trafficking: “But always, in my memory every day, there was the mountains.”

Miriam is now the head of the Municipal Women’s Instance of the municipality of Ixtlán de Juárez.

Guelatao is a community governed by the normative system of uses and customs. Miriam returned a few years ago to give something back to her community.

“Although I am a human rights defender, the service that I provide not only in the community, but also in the region, is very focused on the promotion, dissemination and resignification of what human rights are. (…) That is why the discourse of human rights is necessary, appropriating it to interact with each other, but more so to interact in that global context, because if it is not with human rights, there is definitely no equality parameter to relate to” explains Miriam.

For her, the great challenge in the region is to remove the stigma about human rights, “(…) because in our daily lives we have always been told that this is not for us.” As long as we do not assume ourselves in this international legal context, we will continue to be seen as things, as objects, as heritage, not as people”.

In this work, the radio has been the tool through which they have managed to spread information and involve the community that faces difficulties in accessing technology or the Internet.

Miriam, in addition, is now the head of the Municipal Women’s Instance of the municipality of Ixtlán de Juárez, which is in charge of guiding the authorities to issue respectful laws that guarantee life free of violence. Also to help with the Prosecutor’s Office and with State institutions, so that they have an intercultural approach.

For her, there are two essential tasks: to strengthen the process of disseminating information on human rights and that implies having its own radio station; and have a shelter for women victims of violence.

And, meanwhile, Miriam goes with the youth of the community to record radio capsules to spread information on human rights, while rescuing the traditional knowledge of the Zapotec people of the region.

This year the International Day of Indigenous Peoples Its theme is “The role of indigenous women in the preservation and transmission of traditional knowledge”.

For her, having contributed to creating the book published by the UN Human Rights “means the possibility of saying that, despite the obstacles, we have to make commitments with the community based on the knowledge of the community or from the knowledge from which we obtain it. Because there is knowledge everywhere”. 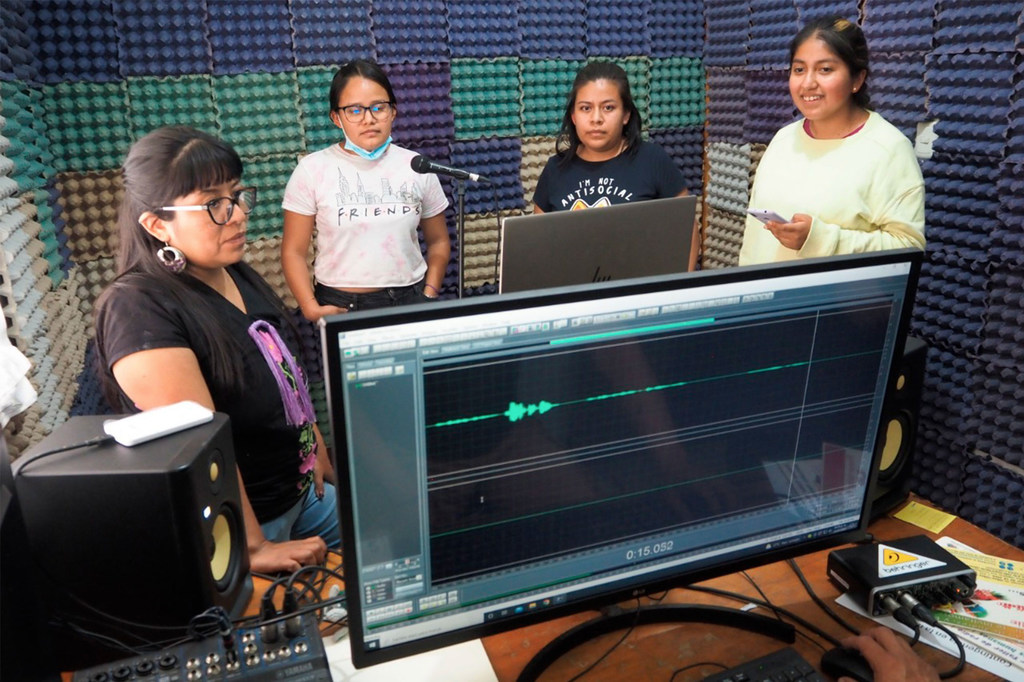 Through the radio, Miriam spreads information about human rights and involves the youth of the community.

Amplify the voice of indigenous women

Miriam is a perfect example of the motto of the International Day because, as the General secretary of the UN in a message on the occasion of the event, they “are staunch defenders of indigenous languages ​​and cultures” and “defend the environment and the human rights of indigenous peoples”.

For this reason, António Guterres maintains that “in order to build an equitable and sustainable future that leaves no one behind, we must amplify the voices of indigenous women” and highlights that “indigenous traditional knowledge can offer solutions to many of our common challenges” .

In Mexico there are 68 indigenous peoples, 10% of its total population. Its linguistic heritage includes 68 original languages, placing Mexico in tenth place with the greatest linguistic diversity in the world.

The promise of the 2030 Agenda to leave no one behind is of crucial importance to indigenous peoples. In turn, indigenous peoples and communities have much to contribute to the achievement of the Sustainable Development Goals.

For this reason, the actions of the United Nations in Mexico have an intercultural approach, which promotes diversity and focuses efforts to combat discrimination, promote inclusion, integration and equity in access to development opportunities for peoples and communities. indigenous communities.

Some of the efforts that UN Mexico accompanies to achieve these objectives are: