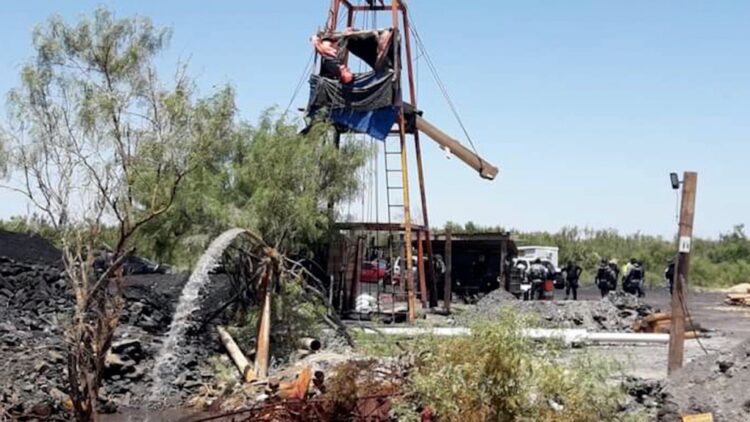 What we know about the workers trapped in the Coahuila mine 0:41

( Spanish) — At least nine miners would be trapped after an incident in a mining complex in the municipality of Sabinas, Coahuila, in northern Mexico, the spokesman for the Red Cross in the area, Nicolás Fuentes, informed on Wednesday.

According to Fuentes, the incident occurred around 2:00 pm local time when the miners came across an abandoned tunnel that had water and flooded the area where the workers were.

One of the miners managed to escape and at the moment the status of the disappeared in the mine is unknown, Fuentes said.

Personnel from the Red Cross and Civil Protection are already at the site, the spokesman said. Until this Wednesday afternoon, Civil Protection had not made a public statement on the incident.

On Twitter, the National Coordination of Civil Protection of the Government of Mexico said that President Andrés Manuel López Obrador instructed the head of the entity, Laura Velázquez Alzú, to travel to the area and coordinate the rescue actions.

López Obrador said on Twitter that there are “92 elements of the Ministry of National Defense with specialists and four canine pairs” at the site of the collapse.

For its part, the Mexican National Guard reported that it has joined the search and rescue efforts at the Sabinas mine, Coahuila, through his Twitter account.

The incident took place in Villa de Agujita, about 300 kilometers north of the state capital, Saltillo, and about 120 kilometers from the border with the United States. Sabinas is part of the so-called Carboniferous Region of the area due to its coal mines.

The Mexican Institute of Social Security (IMSS) reported this Wednesday that it is treating four people who left with “minor injuries” after an incident in a mining complex in the Sabinas municipality, Coahuila, in northern Mexico.

However, he did not give details of how many people would remain at the site. Earlier, the Red Cross told that at least 9 people were feared trapped after the collapse.