Colombia: Zalabata, Tobón and Yule, from the indigenous struggle to occupying key positions in the government 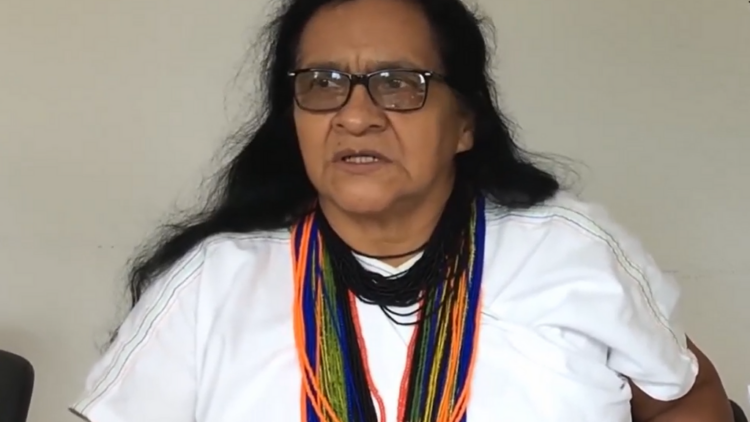 Colombian President Gustavo Petro appointed three indigenous leaders to various important positions on Tuesday. The leader of the Arhuaca indigenous community, Leonor Zalabata Torres, will be ambassador to the UN in New York. Patricia Tobón, from the Embera people, lawyer and Truth Commissioner, will direct the Victims Unit. And Giovani Yule, sociologist of the Nasa people, will direct the Land Restitution Unit.

Diverse Colombia could be the epithet of the new leftist government headed by a former guerrilla who made peace and an Afro-Colombian woman, environmental activist and fighter for ethnic and gender equality. And since this Tuesday, at the country’s embassy to the UN, the indigenous Leonor Zalabata, O Guenywaya, her traditional name in the Arhuaca language, a recognized fighter for the rights of women, nature and the Tayrona people.

“With these appointments, what President Petro is doing is demonstrating what we are in Colombia: a multi-ethnic and multicultural country. We do not have a history of representativeness of the country and with that we advance towards that national unity, towards that implementation of the rights of the Constitution of 91”, Leonor Zalabata assures RFI.

Regarding her management at the UN, the newly appointed Colombian ambassador to the international organization maintains that her hallmark will be the search for the consolidation of peace. Colombia signed a historic Peace Agreement in 2106 between the then government of Juan Manuel Santos and the now demobilized FARC guerrilla. “We need the peace agreements that have been made in Colombia to be implemented as urgently as possible. We must continue with everything that has been positive to achieve peace. Of course, promote the termination of the armed conflict in this country to build the firm peace that Colombians need”.

Peace for a country in which more than 2,500 social leaders have been assassinated in the last four years. More than 70 indigenous leaders last year and 22 in this first semester.

“It is very important, not only because of the unprecedented nature of this presence of indigenous leaders, not only because they are indigenous, but – and this is fundamental – that we must understand why they come to this space,” analyzes Juan Camilo Arias, historian, Doctor in social sciences and specialist in human rights.

“It is not only because they have caused many deaths, but because they have led important struggles and movements in recent years for the country, for example, around land ownership, environmental protection” explains Arias.

These appointments ‘do not respond to a kind of exoticism’

“These are not appointments that respond to a kind of exoticism, it is a recognition of social actors who have deployed a very concrete and articulated action in the territories,” insists the analyst.

This July 20, the indigenous and Wayuu activist Karmen Ramírez assumes in the new Congress as representative of the ruling Historical Pact, elected by Colombians living abroad.

She leads the battle against El Cerrejón, the largest open-pit coal mine in the world, located in the Colombian department of La Guajira and owned by the Swiss company Glencore, which Ramírez blames for the starvation of 5,000 children. of your community.