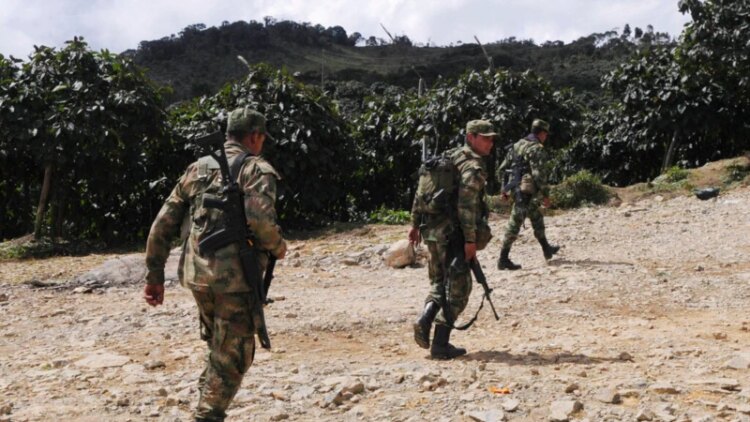 The Colombian Peace Court opened a new investigation on Tuesday into an alleged criminal network in which the military, police and state agents associated with paramilitary groups to commit crimes against humanity during the internal conflict that lasted five decades.

Among the alleged crimes there are more than 8,300 homicides, 1,600 cases of torture and 2,900 displacements that according to the Court are directly attributed to the public force, the majority between 2000 and 2009. In addition, it will investigate the criminal responsibility that the soldiers for crimes carried out by paramilitary groups.

More than 3,400 members of the security forces appear before the Special Jurisdiction for Peace (JEP), the court that judges the crimes committed in the internal conflict created after the State will sign a peace agreement in 2016 with the Revolutionary Armed Forces of Colombia (FARC), which became the oldest guerrilla in Latin America.

In addition to the military, the Peace Court investigates and seeks to punish more than 9,800 former FARC guerrillas who handed over their weapons. Those appearing undertook to tell the truth in exchange for legal benefits that can prevent them from going to jail.

The Court found that among the reasons that motivated the criminal actions were the indications of belonging to or supporting the guerrillas; the favoring of state agents to individuals to safeguard economic interests -which includes the grabbing of peasant lands-, as well as the capture of rents and money from the State for the consolidation of paramilitary groups.

Several paramilitaries have applied to join the JEP, however, that court does not have jurisdiction over the acts committed by paramilitary structures, so it studies case by case if it allows it. The State reached a peace agreement with the paramilitaries, creating in 2005 the Justice and Peace Law that facilitated their demobilization and under which they were tried.

Magistrate Óscar Parra told the press on Tuesday that they may have to call several paramilitary leaders as witnesses to give sworn statements, just as they did with the head of the Clan del Golfo Dairo Antonio Úsuga David, known by the alias of “ Otoniel”, who was recently extradited to the United States and was considered the most wanted drug trafficker in Colombia.