Biden continues to test positive for COVID-19 after relapse 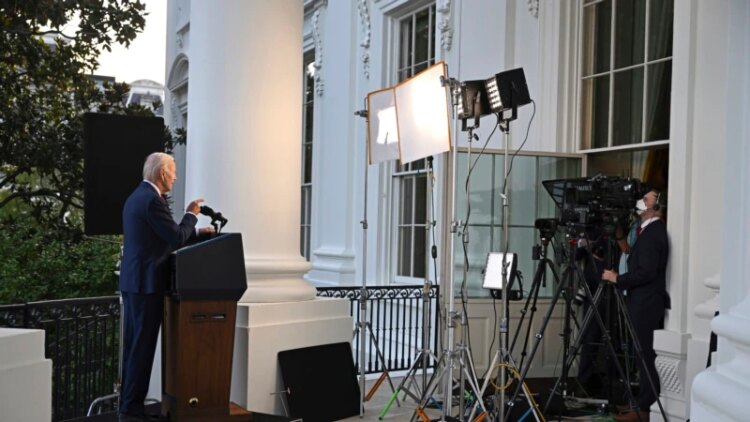 US President Joe Biden continued to test positive for COVID-19 on Tuesday in what doctors described as a “rebound” case of the virus.

“He remains fever-free and in good spirits,” O’Conner said.

Biden, 79, first tested positive for COVID-19 in late July and was released from isolation last Wednesday after taking the antiviral drug Paxlovid for several days. He returned to isolation after testing positive again on Saturday.

Rebound cases occur in a small percentage of patients who take the standard five-day course of Paxlovid, a pill produced by Pfizer and licensed to treat high-risk patients. Most rebound cases involve only mild illness, according to the Centers for Disease Control and Prevention, and there have been no reports of serious complications.

White House press secretary Karine Jean-Pierre told reporters Monday that the president may still be experiencing symptoms of his first COVID infection, saying, “Those minimal symptoms persist for some time, so they may expect that.”

During his first COVID-19 infection, Biden’s symptoms included a runny nose, fatigue, a high temperature and a cough. O’Connor wrote in his memo on Saturday that Biden had no symptoms, but did not say whether Biden was experiencing symptoms in his memos on Sunday and Monday.

Since testing positive again, Biden has had to cancel a trip to Michigan and another to his home in Delaware. On Monday night, he gave a speech to a small group of reporters from a distance about the assassination of al Qaeda leader Ayman al-Zawahiri.