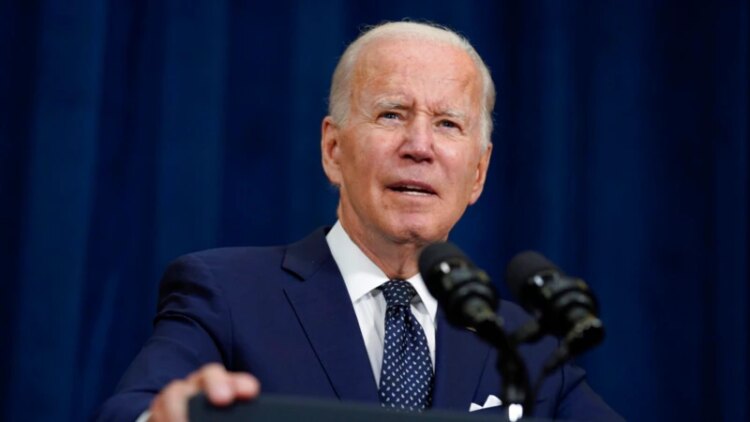 The president of the United States, Joe Biden, continues with mild symptoms after his second day of Paxlovid treatment against the spread of COVID-19, the White House reported.

“Last night your temperature rose to 99.4°F [37°C]responded favorably to acetaminophen [Tylenol]. His temperature has remained normal ever since,” Presidential Physician Kevin O’connor said in a memo sent to the White House press office.

Later, at a press conference, Dr. Asish Jha, who coordinates the Administration’s efforts against the pandemic, confirmed the presidential doctor’s assessment.

Jha again urged Americans to get vaccinated if they haven’t already, and in any case encouraged everyone who can to take booster shots. “Vaccines are free and available,” he insisted.

Moments before the White House reported on the president’s health at a press conference, the Democratic president appeared briefly in an online exchange with a group of economists talking about fuel prices in the United States.

Although the president was seen to be in good physical condition, he coughed on a few occasions, which is consistent with the report initially offered by Dr. O’connor.

Biden was diagnosed with the new coronavirus on Thursday and the doctor reported that he remains with mild symptoms such as nasal congestion and productive cough, to which is now added some fatigue.

The president is fully vaccinated and had received two booster shots. Early use of Paxlovid provides additional protection against serious illness,” O’connor said, adding that the president remains in isolation, in line with Centers for Disease Control and Prevention (CDC) recommendations.