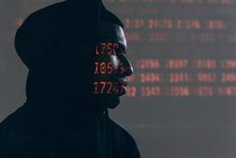 amd has announced the launch of the Ryzen 7000 Series desktop processors, based on the Zen 4 architecture, which improve performance over the previous generation and will be available from September 27th.

The semiconductor company announced this and other news within the framework of the Computex 2022 fair, held in Taipei (Taiwan) between May 24 and 27.

He then pointed out that the new Ryzen 7000 Series desktop processors integrate the company’s Zen 4 architecture and would improve the processor’s single-core performance. 15 percent compared to the previous desktop generation, the Ryzen 5000.

He also indicated that these new processors would be the first in the industry to use the 5-nanometer (nm) manufacturing process, which until now has only been used in mobile devices. This reads allows to offer up to 15 percent higher performance than other brands.

He also pointed out that these chips would have integrated RDNA 2 graphics with a new 6nm I/O chip, as well as support for DDR5 and PCI Express (PCIe) 5.0 for up to four monitors.

Now, AMD has released more details about this new series of processors, equipped with up to 16 cores and 32 threads in its most advanced version, AMD Ryzen 9 7950X, and that offer a double-digit increase in IPC compared to the previous generation.

Along with these processors, AMD has introduced the new Socket AM5 platform, which offers cutting-edge connectivity features such as dual-channel DDR5 memory.

This platform supports DDR memory and also includes up to 24 PCIe 5.0 lanes, making it a the most expansive desktop platform from AMD filed to date.

Finally, the brand has offered the first public demonstration of the next generation AMD Radeon RX graphics cards, powered by the new AMD RDNA 3 architecture, whose launch is expected by the end of this year.

US Navy says it stopped Iran from seizing marine drone