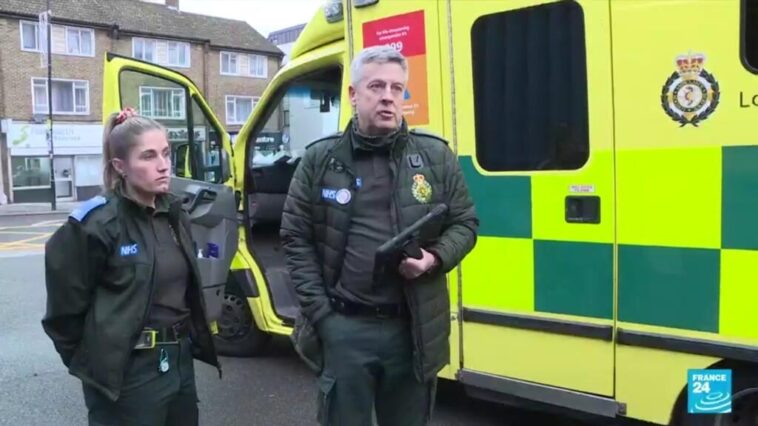 In the United Kingdom, purchasing power has decreased and the energy bill is skyrocketing. In the midst of this crisis, the NHS (National Health Service) is raising the alarm. On Monday, January 23, the ambulance drivers went on strike. First report in our series on the difficulties of the British.

On Monday 23rd January, British ambulance drivers are back on strike to protest the NHS crisis. Steve Johnson, who has been touring London in his ambulance for 27 years, is one of the strikers, albeit reluctantly.

“I didn’t get into this business to annoy, but to help people. But lack of funding and low pay increases mean there are tens of thousands of unfilled jobs in the NHS. The support from the public is fantastic in these moments. It’s heartwarming, even moving,” says Johnson.

Delays for ambulance teams to reach them are increasing and this winter the wait has never been longer outside overcrowded hospitals.

“The Royal College of Medicine says that 500 people die every week due to long waiting times,” says Steve Johnson, adding: “We have horrific stories of patients waiting in hospital beds for ten or even twelve hours. This is not acceptable. “.

Abby joined the team in the midst of the Covid-19 crisis. This young recruit has seen the health system deteriorate since her arrival. “It’s hard to think that you can wait hours and hours and your patient can get worse and you can’t do anything to help him,” she says.

The teams, constantly in demand, ask for more resources to continue saving lives. An unusual wind of protest is blowing in the United Kingdom.

Long considered the jewel in the country’s crown, the NHS is in crisis and on the brink of collapse. Everyone agrees on the need to reform this free healthcare system. But how? Should we privatize some services or make massive investments?

The government is under pressure. According to a recent poll, 85% of Britons believe the NHS is poorly managed.

This article was adapted from its original in French