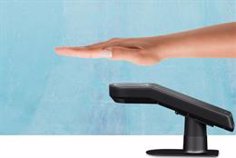 Amazon has launched AWS Private 5Ga service aimed at the business sector that offers these entities the possibility of building and developing their own 4G mobile networks.

The company announced this initiative in November last year, when the CEO of Amazon Web Services, Adam Selipsky, indicated that with this service, organizations could configure this type of network taking advantage of the 5G standard.

Then, the executive pointed out that AWS Private 5G would not have initial fees or costs per device, so that customers they would only pay for network capacity and the performance they will need to build their own private 5G networks.

After making it available to users with a preview version In the United States, the company has announced the official launch of AWS in different regions of the country, such as Ohio, Oregon and Northern Virginia.

As anticipated by the company in a statementthis device, which is compatible with 4G LTE and will support 5G “in the future”, it has a simple installation and is easy to operate and scale. In addition, it does not require specialized experience.

In addition, it is self-service and provides all the necessary software and application programming interfaces (APIs) so that companies can configure their own mobile device with private connectivity.

The company has indicated that those interested in obtaining this solution must request the ‘hardware’ unit from AWS and, once they have received it, automate the desired configuration.

Likewise, it has advanced that it charges 10 dollars per hour for each radio unit that it installs and that each one of them supports speeds of 150 Mps on up to 100 individual devices (SIM).

To conclude, AWS has commented that it plans to take AWS Private 5G to other countries “in the near future”, although it has not advanced in which countries this service could be available soon.

Díaz-Rosillo: They are doing everything possible and impossible so that Trump does not run again | Video