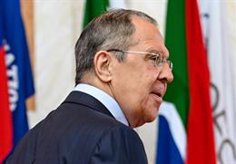 “The reasons are obvious and known. After being very reluctant to organize this visit to the occupied Saharawi territories, the Moroccan authorities wanted to impose on Mr. De Mistura their puppet interlocutors, including settlers disguised as elected officials or vassal and satellite organizations”, Belani said in statements collected by the official Algerian news agency, APS.

De Mistura visited Rabat on July 4, but in the end he did not travel to the territories of Western Sahara under Moroccan control. He was specifically scheduled to visit El Aaiun, the capital of the former Spanish colony.

For Belani, De Mistura’s refusal to travel to the region in these “so unacceptable and offensive conditions (…) honors him and will put pressure on Morocco, which is thus portrayed in an act of sabotage of the efforts of the personal envoy of the UN Secretary General.

The objective of Demistura’s trip was to open a new dialogue process with a view to achieving a political and negotiated solution to the conflict, a trip that was initially scheduled for May, but was delayed. De Mistura had also recently suspended his activities after contracting the COVID-19 virus.

Staffan de Mistura was appointed to the position in November 2021. He then made his first tour of the region with stops in Morocco, Mauritania, Algeria and Tindouf, in southwestern Algeria, where the Saharawi refugees who fled from the area after the Moroccan invasion.

DIPLOMATIC HEADQUARTERS IN LAAIUN AND DAKHLA

On the other hand, Belani has also criticized the autonomy plan for the Saharawi territories proposed by Morocco as a solution to the conflict and has described it as a “dogmatic and eminently obstructionist proposal (…) designed and designed to perpetuate the current status quo”.

For Belani, these diplomatic headquarters are financed by the Moroccan Ministry of Foreign Affairs itself and he has assured that in the end “they will explode like a balloon”.

The former Spanish colony of Western Sahara was occupied by Morocco in 1975 despite resistance from the Polisario Front. The 1991 ceasefire was signed with a view to holding a self-determination referendum, but differences over the preparation of the census and the inclusion or not of Moroccan settlers have so far prevented it from being called.

In addition, the Polisario has considered the 1992 ceasefire broken after the eviction of Saharawi activists from the Guerguerat border crossing with Mauritania by Moroccan military forces in November 2020. Rabat considers the area between the post and the border with Mauritania as ‘ no man’s land’, while the Polisario Front considers it its own territory.

The latest twist in the dispute is the explicit support of the Spanish government for the autonomy plan proposed by Morocco for consultation between the Saharawi and Moroccan populations living in the territory.