The Egyptian president, Abdelfatá al Sisi, has met this Wednesday in India with the Indian prime minister, Narendra Modi, in an attempt to promote economic and security cooperation, as well as to strengthen their ties against cross-border terrorism.

“Both countries agree that joint action is necessary to end cross-border terrorism. And for this we will continue to try to alert the international community together,” Modi said, according to ‘Times of India’.

For his part, the Egyptian president stressed that “development cannot be achieved without security and stability.” Al Sisi has assured that he has spoken with Modi about different “best” ways to combat terrorism and extremist thinking.

The Egyptian president, who arrived in New Delhi on Tuesday at Modi’s invitation, has signed five memorandums of understanding with the Asian country’s prime minister, including one on cyber collaboration. The two parties have also decided to strengthen their defense cooperation, as reported by the newspaper ‘Al Ahram’.

Prime Minister Modi’s words on terrorism refer to India’s accusations against Pakistan for allegedly supporting terrorist groups operating in Kashmir, a region in dispute between the two countries since 1947.

Egypt, which has been open to dialogue with New Delhi, especially in the defense field due to its interest in the Indian Akash missile systems, has always advocated dialogue between the two nations regarding Kashmir, remaining neutral.

India welcomes Cairo’s diplomatic stance, as it also did not speak out against the comments made by the former spokesperson for the Hindu nationalist Bharatiya Janata Party (BJP) Nupur Sharma, who openly criticized the Prophet Muhammad and whose statements sparked protests. by different Gulf countries. 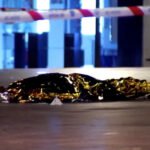 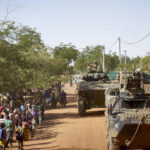