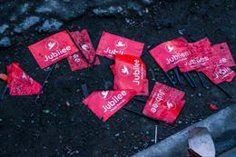 Kenya decides its new president this coming Tuesday in decisive general elections for the immediate future of a country of enormous influence on the African continent and in which the presidential ‘dolphin’ Raila Odinga and Vice President William Ruto are about to culminate years of political rivalry under the specter of the violence of past elections, amid the apathy of the electorate and the economic crisis that is shaking the country.

More than 20 million Kenyans are called not only to elect the president, but also deputies, governors and officials of the 47 counties of the country between calls from the candidates for social peace, with the memory of the thousand dead that left the elections of 2007 and the outbreaks of violence in 2013 and 2017 derived from controversial results.

Confidence in Kenya’s electoral institutions is rock-bottom, with only 26 percent support, according to a report by the National Commission for Reconciliation and Integration, five years after the Supreme Court annulled the results of an election that they finally elevated the current president, Uhuru Kenyatta, in a second vote boycotted by Odinga, who called on his followers to boycott the procedure.

Circumstances have changed radically since then. After countless political intrigues, Odinga is now the president’s choice for succession. Kenyatta has decided to bet on what was his arch-rival, unfortunately for Vice President Ruto, putting an end to an alliance they forged after his indictment by the International Criminal Court (ICC) for alleged crimes against humanity after the 2007 presidential elections, in those who were ultimately acquitted.

Odinga (77 years old, leader of the Azimio La Umoja alliance) thus has the support of the heavyweights of national politics while Ruto (55 years old, United Democratic Alliance) seems to have carried out a successful campaign in which he has presented as a dynamic and alternative figure to the ruling dynasties of the country.

After several months neck-and-neck, the latest opinion polls released this week have put Odinga in the lead with a lead of between six and eight percentage points, according to the Nation Media Group, with 49 percent in favor versus 41 percent. of Ruto. Another, from Ipsos, gives Odinga a seven-point lead over Ruto at 47 to 41 percent, while Infotrak gave Odinga 49 percent to his rival’s 42 percent.

These estimates have mattered little to either of the two candidates, convinced of their respective victories in their end-of-campaign messages. “This is going to be a historic election in many ways,” Ruto declared about elections that “will confirm that it is the people who hire and fire their government, it is not the system, it is not those in power, and it is not It’s the ‘deep state’.”

Odinga, for his part, said goodbye to his electorate on Saturday with a messianic-tinged speech in which he set himself up as the guide of his people to the promised land of Canaan, although he promised to respect the results of the elections.

“In Canaan, we must embrace reconciliation. I want to assure Kenyans that I will continue this handshake doctrine, the open fist doctrine. For the sake of Kenya, I will shake hands with my rivals and pay the political price if It is necessary, because I love this country more than I love myself,” he assured.

To win it is almost essential that Odinga and Ruto achieve good results far from their comfort zones. Ruto is far ahead in the Rift Valley, while Odinga enjoys an unquestionable advantage in Nyanza, where he traces his roots.

The picture is more complex in the vote-rich Mount Kenya region north of Nairobi, which has produced three of Kenya’s four post-independence presidents. This time there is no outstanding candidate from the populous central highlands. Ruto has shown surprising strength in this region, where Kenyatta has traditionally been dominant, according to ‘The Nation’ analysis.

Odinga, it should be noted, has an additional trick to win over the country’s voters with the nomination of former Cabinet Minister Martha Karua as her candidate for the country’s Vice President. Should Odinga win, Karua would become the first woman to hold such an important position.

However, although women make up nearly half of registered voters, Kenya still has the fewest elected leaders in East Africa. The gender quota introduced a decade ago in the country’s Constitution has barely managed to penetrate the successive rulers. Although the number of women entering the political sphere in Kenya has grown over the years, they only hold 23 percent of the seats in the last Parliament, according to data collected by CNN.

Ruto has chosen Rigathi Gachagua, who was an adviser to Kenyatta between 2001 and 2006, as his vice-presidential candidate.

Ruto and Odinga have focused the last days of the campaign on promoting a support program for the poor classes in an economy devastated by the effects of the coronavirus, which has significantly deteriorated the growth prospects deposited in the country by interregional organizations.

“The prices of basic products are currently volatile and have an upward trend,” the head of Public Policy of the NGO Africa Practice, Magdalene Kariuki, explained to Al Jazeera.

“Food inflation rose to around 18.8 percent in June from 12.4 percent in May, but the government is making efforts to ensure stability and protect Kenyans,” he said.

“Stabilization” is also a key word in the regional role played by Kenya, a key player in the Great Lakes area that covers Burundi, the Democratic Republic of the Congo, Rwanda and Uganda.

Its influence also extends to its neighbors in the Horn of Africa, given its proximity to Somalia, where the jihadist organization Al Shabaab, linked to Al Qaeda, still controls part of the territory and has carried out several attacks in recent years on Kenyan soil. .

Finding your vocation is the key to happiness, according to Mexican actor Eric del Castillo