International observers welcome the peaceful climate of the elections in Kenya 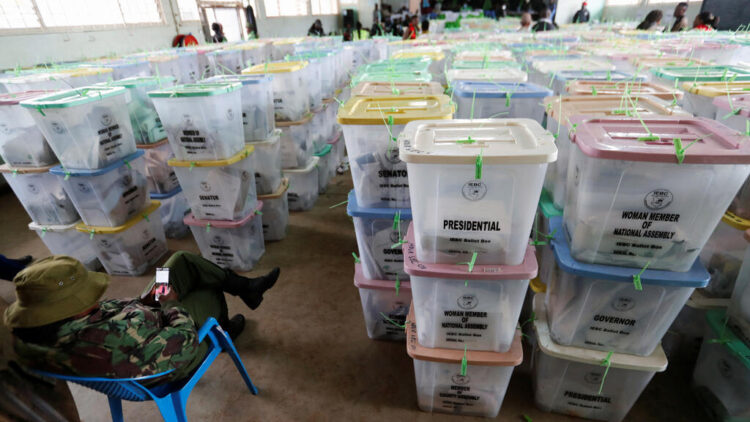 The East African country still does not know the results of its general elections, held on August 9. Although the tension grows as the days go by in uncertainty, international observers celebrated the absence of violence in these elections.

“Generally satisfied”: that is the conclusion of the Commonwealth observer mission on the Kenyan general elections held on August 9 last.

Bruce Golding, the head of the mission, assured from Nairobi on August 11, 2022 that the votes “were done properly” and that his team was “impressed, especially bearing in mind the experiences of the past elections”.

In 2017, Kenya had two presidential elections as the Supreme Court ended up annulling the results of the first elections after the opposition, whose candidate lost both times, claimed that there had been fraud.

For his part, Ivan Stefanec, from the European Union’s electoral observation mission, also reported that the officials “positively evaluated the voting in most cases.”

“We call on all political actors and Kenyans in general to continue to maintain peace after the election results are declared,” Kikwete said.

waiting for the results

Kenya is still waiting on tenterhooks for the outcome of the vote. The IBEC has not yet offered any data despite the fact that two of the seven days that, legally, they have to announce the winner of the elections have already passed.

“We appeal to all political actors & Kenyans at large to continue maintaining peace after the elections results are declared. We implore all to embrace peaceful resolution methods, for any disputes that may arise,” EAC Head of Kenya’s Election Observer Mission, HE @jmkikwete pic.twitter.com/ADiasC4uvY

Some local media have published projections, with results that differ from each other, although for now the most they really predict is that a very narrow margin will separate the winner from the winner, whoever it is; or William Ruto, the current vice president, or Raila Odinga, a veteran opponent who is running for the fifth time.

The wait does not help calm tempers among Kenyans, who know from experience that presidential elections can turn into violent moments. In 2007, more than 1,100 people died after voting. In 2017, the last ones, in which Odinga was defeated, about a hundred lost their lives.

That is why, while impatience rages, the authorities call for calm until the official results clarify how the country’s parliamentary chambers will be formed and who will be the next president of Kenya.

With EFE and AP

God of War: Ragnarok would be forcing several studios to move the release date of their games

Get to know the Ecovado, a more ecological alternative to "green gold"