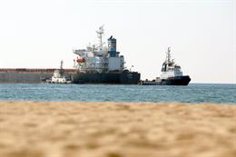 The Prime Minister of Ethiopia, Abiy Ahmed, announced this Friday the completion of the third filling of the Great Renaissance Dam, one of the most ambitious infrastructure projects in the history of the African country, whose construction has confronted the Ethiopian Government with Egypt and Sudan, who accuse him of stealing resources from the populations of the Blue Nile and of having undertaken the monumental work without paying attention to reasons.

The filling takes place one day after the official inauguration of the second turbine of the dam, whose construction is already 95 percent complete and whose performance has already reached 83.3 percent.

Given the current height and water level of the dam, the two turbines generate 540 megawatts of power, increasingly closer to the combined 750 megawatts expected to be generated by the two turbines at full power, reports the Ethiopian state news network FANA.

Meanwhile, talks sponsored by the African Union to find a solution to the dispute between the three countries have stalled since April last year.

In July, Egypt’s Foreign Minister Sameh Shoukry sent a letter to the UN Security Council to record Egypt’s categorical rejection “that Ethiopia continue to fill the Nile mega dam unilaterally without an agreement with Egypt and Sudan on filling and operation of the dam”.

The minister called on the Security Council to assume its responsibilities in this regard, including intervening to ensure the implementation of the presidential declaration issued by the council, which obliges the three countries to negotiate an agreement on the dam as soon as possible. , the Daily News Egypt portal reported at the time.

Egypt, the note warns, “reserves its legitimate right guaranteed in the UN Charter to take all necessary measures to guarantee and protect its national security, including against any risk that these unilateral Ethiopian measures may cause in the future.”

PlayStation launches a website dedicated to its video games for PC