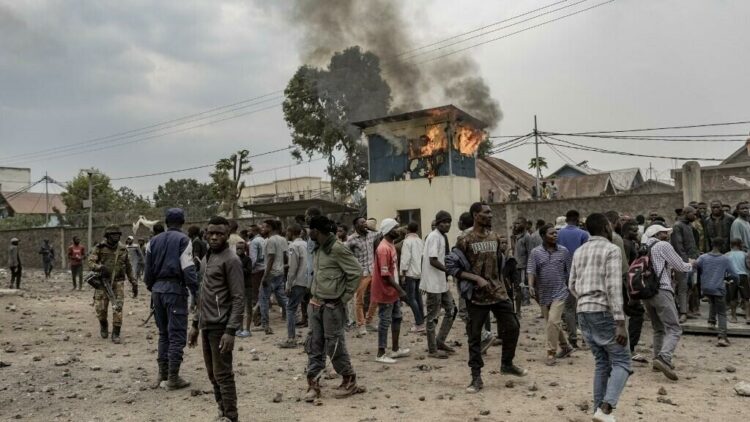 The international community and the Congolese political class have condemned the violence, after two days of demonstrations against the facilities of the United Nations peacekeeping mission in DR Congo, MONUSCO. The protests have left 19 dead and incidents have broken out despite the truce.

In the Congolese cities of Goma and Butembo, 12 demonstrators and three members of the UN mission – a member of the peacekeeping forces and two United Nations police officers – died on Tuesday, July 26.

In neighboring South Kivu province, protesters gathered outside MONUSCO headquarters in Uvida on Wednesday. Four were electrocuted when power lines fell on them. The UN peacekeeping force denies firing warning shots and causing this accident.

In the last two days, 19 people have died in the framework of strong protests against the UN, which they accuse of being ineffective in the fight against armed groups.

“This is not new, this is not new. Anti-MONUSCO sentiment has been incited in these provinces furthest from the epicenter of the capital. There are groups that do not want the presence of the United Nations and they are the ones that are inciting the people. This is cyclical, we already experienced it in the years 2010, later in 2017, and we estimate in our evaluations that it has to do with the political agenda in a pre-election year”, explains to RFI Colonel Pedro Gómez, spokesman for the Uruguayan army, who will assume the headquarters of the MONUSCO Uruguayan mission in October.

“Criticism says that in these years the mission has not been able to eradicate the groups. But the task is not a one-day task, due to mobility and the characteristics of how these armed groups work”, he details.

The president of the Congolese Senate, Modeste Bahati Lukwebo, who had already asked Monusco to leave the country, condemned “with the utmost energy any act of violence perpetrated against UN facilities.”

The Sahara was full of fish