Al Shabaab attacks an AU mission base in southern Somalia 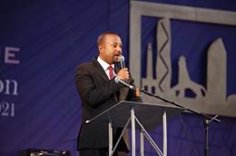 The terrorist group Al Shabaab launched an attack on Wednesday against a base of the African Union Transitional Mission in Somalia (ATMIS) in the Lower Shabelle region (south), with no reports of casualties at the moment.

According to information collected by the Somali news portal Goobjoog News, the base is located in the Buulo Marir district and is managed by Ugandan troops. Kampala has not commented on what happened.

The ATMIS has not reacted for now on the attack. Al Shabaab attacked another mission base in El Baraf, located in the center of the country, in May, after which Burundi confirmed the death of ten of its soldiers.

ATMIS received the support of the United Nations Security Council a month ago and arises from the reconfiguration of the African Union Mission in Somalia (AMISOM), which focuses its efforts on the fight against Al Shabaab.

Somalia is facing an increase in the number of attacks by the Islamist militia Al Shabaab, both in the capital, Mogadishu, and in other areas in the south of the country, which has led the new president, Hassan Sheikh Mohamud, to promise that will focus its efforts on security during the first hundred days of its mandate.

Indonesia restores access to PayPal, Yahoo and Valve from the country

Maryland's wild horses trace their origin to a Spanish galleon