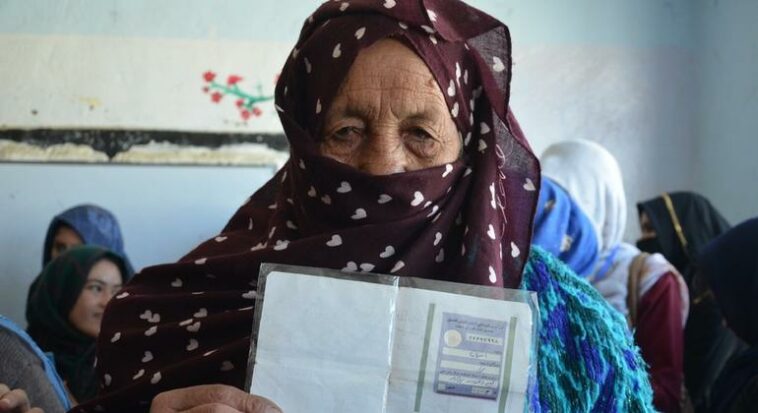 In the name of General secretary of the UN, its number two, Amina Mohammed, the executive director of UN Women, Sima Bahous, and the Under-Secretary General of the Department of Political Affairs, Khaled Khiari, ended a four-day visit to Afghanistan on Friday to assess the situation, establish contacts with the de facto authorities and reaffirm UN solidarity with the Afghan people.

In its meetings with the de facto authorities, the delegation conveyed its grave concern over the recent decree banning women from working for national and international non-governmental organizations, a move that undermines the work of many organizations helping millions of vulnerable Afghans.

The de facto authorities also closed universities to female students across the country until further notice, and prohibited girls from attending secondary school, restricted women’s and girls’ freedom of movement, barred women from most jobs and prohibited women from using parks, gyms, and public baths.

Mohammed’s message to the authorities was clear: “While we recognize the important exceptions that have been made, these restrictions present Afghan women and girls with a future that confines them to their own homes, violating their rights and depriving communities of their services”.

The deputy secretary stated that the country “is currently isolated, in the midst of a terrible humanitarian crisis and is one of the most vulnerable nations on the planet to climate change,” she stated. “We must do everything possible to bridge this gap.”

UN Women stands with all Afghan women and girls

Mohammed and Bahous met in Kabul, Kandahar and Herat with affected communities, aid workers, civil society and other key stakeholders.

For her part, Bahous highlighted having witnessed “an extraordinary capacity for resistance” and stressed that “Afghan women left us in no doubt of their courage and their refusal to be erased from public life. They will continue to defend and fight for their rights, and we have a duty to support them in this.”

“What is happening in Afghanistan is a serious crisis of women’s rights and a wake-up call to the international community. It shows how quickly decades of progress on women’s rights can be reversed in a matter of days“

The United Nations and its partners help more than 25 million Afghans who depend on humanitarian assistance for their survival, and remain committed to staying in the country and honoring their commitments.

Although the recent exceptions to the ban introduced by the de facto authorities open up new avenues for humanitarian workers to continue – and in some cases resume – their operations, these remain limited to a few sectors and activities.

“The effective distribution of humanitarian aid depends on a series of principles that require full, safe and unimpeded access for all humanitarian workers, including women,” Mohammed recalled.

The essential work of the Mission in Afghanistan is highlighted

The delegation met with leaders of the Organization of Islamic Cooperation, the Islamic Development Bank, Afghan women’s groups in Ankara and Islamabad, and a group of ambassadors and special envoys to Afghanistan based in Doha.

In addition, they maintained contacts with government leaders in the region and religious leaders with the aim of defending the crucial role and full participation of women and rallying support for the Afghan people.

In all visits, countries and partners recognized the critical role of the UN in building bridges to find long-term solutions, as well as the urgency of providing vital aid and maintaining effective engagement, led by the Assistance Mission of the United Nations in Afghanistan (ONE MA).

The need to open a revitalized and realistic political track was repeatedly stressed, with all parties expressing their strong support for fundamental principles, including the rights of women and girls to education, work and public life in Afghanistan.

There was a broad consensus that the leadership of the region and the Organization of Islamic Cooperation on these issues was essential.

The proposal for chold an international conference on women and girls in the Muslim world next March.