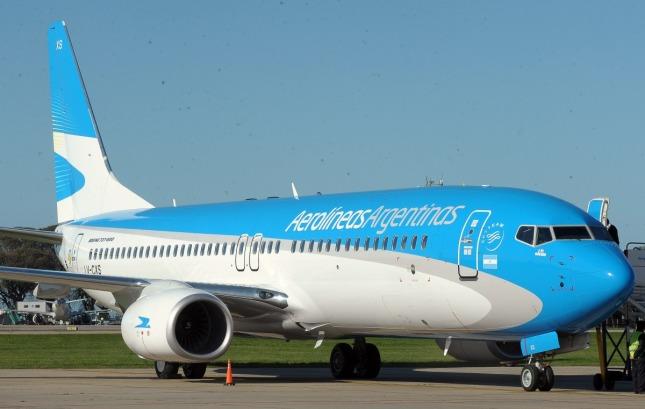 ( Spanish) — The Airport Security Police (PSA) reported that no explosives were found on Aerolineas Argentinas flight AR1882, which had taken off from Aeroparque bound for Ushuaia and had to make an emergency landing in Comodoro Rivadavia.

“After having examined the luggage, the hold and the cabin of the aircraft, in an exhaustive search that was coordinated by the Emergency Operations Committee (in which all the airport organizations participate), it was confirmed that the controls did not reveal any news regarding the presence of explosive elements,” detailed the PSA statement.

On Saturday morning, the PSA made an emergency landing on flight AR1882 because a telephone bomb threat was received through 911 from the City of Buenos Aires, while the plane was in flight.

The Operational Unit of the PSA of Comodoro Rivadavia received the alert through a communication from the Control Tower anticipating the arrival of the Aerolineas Argentinas flight, and the Emergency Operations Committee (in which all airport organizations participate) was quickly formed.

In the first place, it was decided to direct the aircraft to a remote sector of the aerostation where the Fire Rescue and Extinction Service (SSEI) dependent on the National Civil Aviation Administration (ANAC), officers of the Airport Security Police and personnel were located. of the explosives brigade of the Chubut Police, as part of the Airport Contingency Plan. In this way, all the crew and passengers were disembarked and guided to the arrivals hall of the airport.

Meanwhile, personnel from the explosives squad went to the plane and is examining the equipment, cabin and hold of the aircraft, in an exhaustive search to detect a possible explosive device, which so far has not produced any news. The entire operation was carried out with permanent communication with the National Criminal and Correctional Court No. 2 in charge of Judge Sebastián Ramos, who intervenes in the case.