The US Undersecretary of State for International Organization Affairs, Michele Sison, will travel to Algeria and Morocco between January 21 and 26 to address the dispute over Western Sahara.

“Sison will meet with senior officials, UN representatives and civil society leaders,” the State Department explained in a statement.

The American diplomat “will underline the United States’ support for MINURSO”, the United Nations Mission for the Referendum in Western Sahara, and the efforts of the UN special envoy, Staffan de Mistura.

The displacement will also serve to “discuss shared multilateral priorities in the UN system, including the importance of Human Rights now that Algeria and Morocco join the UN Human Rights Council.”

The former Spanish colony of Western Sahara was occupied by Morocco in 1975 despite resistance from the Polisario Front, with whom it remained at war until 1991, when both parties signed a ceasefire with a view to holding a self-determination referendum, but the differences on the elaboration of the census and the inclusion or not of the Moroccan settlers have prevented its call up to now.

On November 14, 2020, the Polisario Front declared the ceasefire with Morocco broken in response to a Moroccan military action against Saharawi activists in Guerguerat, in the agreed demilitarized zone, which meant for the Saharawis a violation of the conditions of the Stop the fire.

The latest setback for the Sahrawi independentistas has been the support of the Spanish government for the Moroccan autonomy plan made public on March 18 in a letter addressed to the Alaouite king, Mohamed VI, a change of position described as treason by the Polisario Front, which remember that Spain is still ‘de jure’ the administering power of Western Sahara. 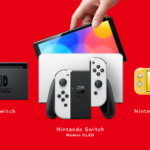