The Western United States State Police reported that the armed attack occurred in the city of Monterey Park, on the outskirts of Los Angeles County and has already left at least ten people dead and another ten injured. The suspect is still on the run, according to authorities. It is the fifth mass murder in the United States this month.

The Chinese Lunar New Year celebration at a dance venue in the city of Monterey Park, California, has ended in tragedy. Witnesses state that at around 10:22 pm local time, a man apparently armed with a submachine gun broke into the premises and opened fire on those present.

The most recent balance of the authorities is that the shooting leaves at least ten people dead and another ten injured. In statements to the press, Captain Andrew Meyer of the Los Angeles Police Department assured that the injured were taken to area hospitals and that their condition ranges from stable to critical.

In parallel, the main suspect in the massacre is currently on the run, according to the Police, who also do not have any specific description of the alleged perpetrator of the massacre.

No hypothesis about the motivation of the shooting is ruled out, including the hate crime. According to Meyer, the case will be investigated “from all angles.” It is even being reviewed whether there could be a correlation between this event and another violent episode that happened hours before in a nearby neighborhood.

5 1/2 hours after the deadly Monterey Park shooting, we are learning 10 people have died with an additional 10 being treated at local hospitals. The suspect remains at large. Watch as Capt. Andrew Meyer from LA County Sheriff homicide gives an update More: https://t.co/riwvwCKguC pic.twitter.com/BVBsqKaSYg


“When the officers arrived at the scene, they saw that there were many people coming out of there and shouting. Police officers entered the dance hall and located the victims,” ​​Meyer exclaimed to the American media. ‘Los Angeles Times’.

According to the reports of some witnesses collected by the same Californian newspaper, the manager of one of the restaurants where the epicenter of this new mass shooting is located commented that three people came running to his premises and asked him to lock the door. to prevent a man with a semi-automatic pistol from hitting them.

“The President has been briefed by the National Security Adviser on the mass shooting in Monterey Park. He has asked him to ensure that the FBI is giving its full support to local law enforcement, and to brief him regularly today as it becomes Know more details,” he tweeted.

The President has been briefed by the Homeland Security Advisor on the mass shooting in Monterey Park. He directed her to make sure that the FBI is providing full support to local authorities, and to update him regularly today as more details are known.

Monterey Park is a city about 16 kilometers from downtown Los Angeles, in the San Gabriel Valley, where more than 60,000 people live, the vast majority -65% according to the last census- of Asian-American origin.

The Lunar New Year, which is celebrated throughout the weekend, concluded its events this Sunday, but the authorities canceled the planned events.

“The festival that took place on Saturday has also been extended to Sunday. Out of an abundance of caution and out of reverence for the victims, we are canceling the event that will take place later today. The Lunar festival here in Monterey Park has been cancelled,” said the Monterey Park Police Chief Scott Weise at a news conference.

The tragedy marks the fifth mass murder in the United States since the beginning of the year. It comes two months after the death of five people in a Colorado Springs nightclub.

It is also the deadliest since May 24, 2022, when 21 people died at a Uvalde, Texas, school, according to the database of The Associated Press/USA Today about mass murder in the country.

According to the database, 2022 was also one of the deadliest for mass shootings, with 42 such attacks. A mass murder counts as such when at least four people are killed, not including the perpetrator.

According to local media reports, the tragedy this morning in Monterey Park is one of the worst events in the recent history of Los Angeles County.

In 2008, during the festivities of December 24, a man dressed as Santa Claus entered an establishment armed with five pistols, killing nine people.

With EFE, AP and local media 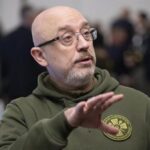