66% of people between 55 and 65 years old, at risk of not obtaining a pension 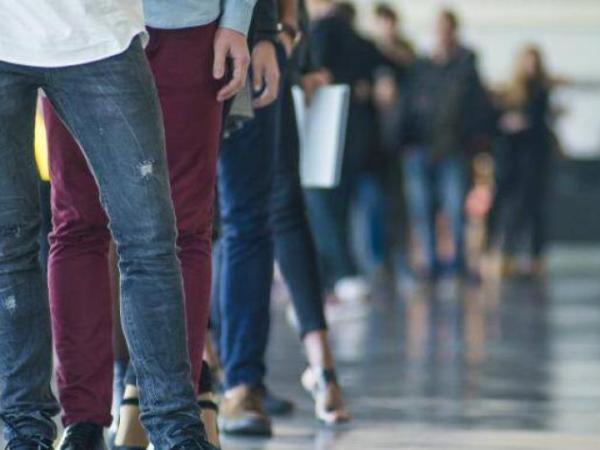 The recovery of the labor market continues, but does not finish overcoming the damage caused by the pandemic, because it left some challenges to solve, according to a study of Asofunds.

It points out, for example, that in the first quarter of the year, despite the recovery presented, the participation of people between 55 and 65 years of age continues at lower levels compared to a pre-pandemic period (6.9 percentage points of difference).

(See: How much could be collected with the new tax reform?).

It says that the Employment Rate of the same population is still 7.9 percentage points below the level in 2019. A similar phenomenon occurred in the population over 65 years of age.

One aspect that he mentions as important is that two out of three people between 55 and 65 years of age do not contribute to a pension. “This shows the vulnerability of this population that is about to reach pension age but may not be able to retire due to the contribution requirement.”, says the study.

In the national total in the first quarter of 2022, the Unemployment Rate presented a downward behavior and stood at 12.1%, which represents a decrease of 2.6 percentage points compared to the same month of 2021 (14.7 %).

(See: Contribute and improve the pension system: message from Asonfondos to Petro).

The Asofunds study says that the behavior in the first quarter of the year is evidence of the broad recovery that the labor market has had but that There is still a lot of work to do to stabilize and reduce unemployment.

Also, it says that in recent months there has been an increase in the population working or looking for work, however, it is not possible to reach the levels of participation that existed before the pandemic.

Although the labor market has shown a broad recovery in recent periods, adults between 55 and 65 years old continue to show less participation than they had before the pandemic.

(See: What you should know if you want to contribute to a pension from abroad).

The Unemployment Rate presents a difference of -4 percentage points with respect to the national total in this moving quarter.

For Asofunds, these differences in unemployment with the national total are largely explained by the decrease in participation in the labor market of people in this age range.

In the labor market of older adults, that is, people over 65 years of age, there is evidence of a Global Participation Rate and an Employment Rate that is quite low compared to the national total, being 21.7% and 20.1% respectively for the January-March 2022 moving quarter.

This may be due to the fact that they are people of pensionable age and face a difficult situation in reintegrating into the labor market.

In the 15 to 28 age bracket, the 44% Employment Rate has not yet recovered to the level before the pandemic, as it is around 4.7 percentage points short.

(See: The plan for older adults in search of guaranteeing them a decent life).

The Unemployment Rate for Youth for the January-March moving quarter it was 21.3%, that is, a decrease of 3.3 percentage points compared to the same period in 2021.

Informality and its effects

In the first quarter, the informality rate, measured as pension contributions, was on average 57.4%. For Asofunds, The older population in the labor market has high rates of informality, above that observed for the national total even before the pandemic.

The slight reduction could be due to the methodological change implied by the new framework of the household survey.

"Putin spits in the face of Guterres and Erdogan"