This Sunday marked the 50th anniversary of the ‘Roe v. Wade’ ruling of the United States Supreme Court. It was the legalization of abortion at the federal level, which was in force until June of last year, when it was repealed by the Supreme Court. In this context, demonstrations throughout the country commemorated the norm to defend the right of women to terminate a pregnancy.

Slogans and promises, but no real action. US President Joe Biden and his Vice President Kamala Harris vowed again on Sunday, January 22, to fight for the right to abortion, 50 years after a famous Supreme Court ruling.

Several demonstrations took place in the country to commemorate ‘Roe against Wade’, a legislation struck down last June by the Supreme Court, the highest court in the United States, now conservative, which ended the constitutional right to abortion.

Some 300 people demonstrated in New York, invoking the same slogans as women in the 1970s, such as “my body, my choice.”

Ymoni Shavuo, one of the organizers, 27, remembers crying when ‘Roe vs. Wade’ fell down. “Today we are mourning this constitutional right (…) but I am not discouraged, I am not giving up, I am even more mobilized,” she told AFP.

Kristyn Beausoleil, 48, says that she, her two sisters and her mother had abortions: “The reasons are up to us (…) Our lives would have been very different if we had not had that option.”

“We should be celebrating the 50th anniversary of ‘Roe vs. Wade’ today,” US President Joe Biden recalled in a tweet. “Instead, ‘MAGA’ Republican officials (meaning self-recognized members of former President Donald Trump’s ‘Make America Great Again’ group) have gone to war against women’s right to make their own decisions about the health care,” denounced the Democratic president.

Today should’ve been the 50th Anniversary of Roe v. Wade. Instead, MAGA Republican officials are waging a war on women’s right to make their own health care decisions.

But this fight isn’t over.

Vice President Kamala Harris joined the defense. “How dare they?” she exclaimed in a speech in Florida, referring to those Republican officials who want to legislate at the federal level to restrict or even eliminate abortion rights in the United States. She also criticized “extremist-designed laws in some states, including Florida” to restrict access to abortion.

In total, some twenty states governed by Republicans have come out of the gap opened by the Supreme Court, to which Donald Trump has given a decidedly conservative composition. ‘Planned Parenthood’, the federal family planning agency, stressed that the majority of Americans support the right to abortion, while estimating that one in three women in the United States lives in a state that has adopted restrictions on the right.

Planned Parenthood President Alexis McGill Johnson said: “What is happening to patients and medical staff is terrible, but it also rekindles our movement… We will be there and we will fight. Every day.”

In his tweets this Sunday, President Biden insisted that “the right of women to decide is non-negotiable” and called on Congress to pass a law that echoed the terms of the 1973 ruling, to impose it on the conservative states. “We will not back down. And we know that the battle will not end until we guarantee this right.”

But the White House has no illusions. One of the two chambers of Congress, the House of Representatives, has just passed into the hands of the conservatives. A divided Congress makes it difficult to legislate abortion rights, either to protect or undermine them.

The pressure from the religious right, on this issue that has divided America for decades, is not waning. Thousands of abortion opponents rallied Friday to call on lawmakers for a nationwide ban.

Biden can only issue executive orders of limited scope. On Sunday, the White House promised to protect the maximum access to pills that allow the termination of a pregnancy during the first weeks. 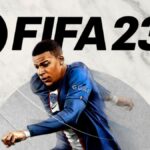