The organization of the International Federation for Human Rights in Central Africa has reported the reappearance of 22 activists from the Chadian opposition party Los Transformadores who were presumed executed after the violent protests in October last year.

All of them are in the Kléssoum pre-trial detention center in the country’s capital, N’Djamena. The situation of five other comrades detained in the same raid and who were also presumed executed is unknown, according to spokesman Dobian Assingar.

“We have just been informed that of the 27 ‘transformers’ who were arrested on October 21 at the group’s headquarters and declared executed, 22 of them have fortunately reappeared these days after being detained in military camps and in various police centers,” the spokesman told Radio France Internationale (RFI).

The spokesman has denounced that several of the opponents have been “savagely tortured during arbitrary detention in a country that claims to be governed by law,” he added.

The political violence unleashed on October 20 left at least 50 dead and more than 300 injured after the Chadian junta decided to extend the mandate of its leader, Mahamat Idriss Déby, for another two years, who initially planned to step down to return to power. to a civil government.

Déby was appointed president by the Army in 2021 after the death of his father, Idriss Déby Itno, who had led the country since 1990. 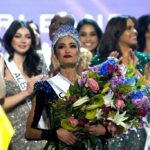