15 soldiers killed in a double attack 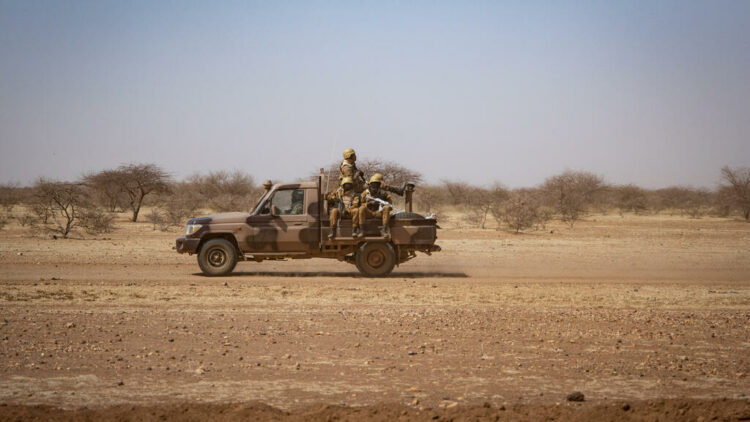 Fifteen Burkinabe soldiers were killed on Tuesday in a double attack carried out by suspected jihadists in northern Burkina Faso, the Army reported.

At least 15 soldiers died on Tuesday in northern Burkina Faso from two explosions that hit an armored personnel carrier and then soldiers who had come to help the first victims, the Army said in a statement on Tuesday, March 9. August.

This double attack “with an improvised explosive device occurred on the Bourzanga-Djibo axis”, in the Center-North region, according to the staff. “The balance of the two incidents was 15 dead soldiers and one wounded” and they also caused “material damage”, he added.

It was committed “during an escort mission led by a military unit of the 14th Inter-Arms Regiment (RIA),” the staff said. “One of the vehicles in the convoy, carrying fighters, jumped on an explosive device near the city of Namsiguia in Bam province, he said. “While rescue and security operations were being organized, a second device was obviously activated from the distance, causing numerous victims.

According to the Army, “reinforcements were immediately sent to the scene of the incident to guarantee the evacuation of the victims” and “security operations are currently being carried out in the area.” No group has claimed responsibility for the attack. An investigation has been launched to determine the perpetrators, the Army said.

On Monday, at least ten civilians, including four volunteers from the Volunteers for the Defense of the Fatherland (VDP), were killed in an attack by suspected jihadists, also in northern Burkina, according to security and local sources.

Last Thursday, nine Army auxiliaries and four soldiers were killed in an attack on a unit from the Bourzanga military detachment that was coordinating an offensive with a VDP group, according to the Army. The north and east of Burkina Faso are the two regions most affected by jihadist attacks, but other regions are not spared.

Burkina Faso, where the military seized power in January promising to make the fight against jihadism its priority, is facing, like several neighboring countries, violence from armed jihadist movements affiliated with Al Qaeda and the self-styled Islamic State Group, which have killed thousands of people and displaced some two million since 2015. More than 40% of Burkina Faso’s territory is outside state control, according to official figures.

On January 24, Lieutenant Colonel Paul-Henri Sandaogo Damiba overthrew President Roch Marc Christian Kaboré, accused of being unable to stop jihadist violence. But the security situation has not improved and attacks attributed to jihadist groups have even increased in recent months, targeting both civilians and soldiers.

*With AFP and Reuters; adapted from its original French version

Prey, the new Predator movie, was inspired by God of War

This guy wasn't happy with his internet provider, so he set up his own ISP and became a competitor