13 years after the purchase of Marvel, this is everything that has changed Disney 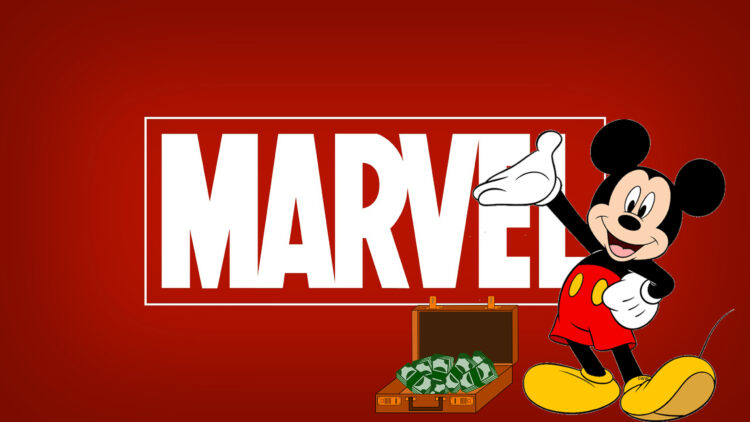 Today, August 31, 2022, just 13 years ago the process of acquiring Marvel by Disney was completed, a movement that it changed not only Marvel but also the entertainment industry in general.

The $4 billion deal led to the creation of two divisions known as Marvel Studios and Marvel Television. Marvel is now one of the biggest names in film and comics, all thanks to the Marvel Cinematic Universe, although the brand has been popular for decades, especially among comic book readers.

However, even though Disney bought Marvel, they cannot claim that the success of the comics company is all their doing. As we all know, the Marvel Cinematic Universe (MCU) began to have success in 2002, when the Spiderman movie was released, and in 2008, when the Iron Man movie became a worldwide box office success.

However, it is true that during those years there were some failures and films that failed like Daredevil or Ghost Rider. After the purchase of Disney, everything changed.

Disney + continues to release news, such as its STAR channel. If you sign up for the annual subscription, you will save the equivalent of two months compared to the monthly subscription.

How Disney’s Acquisition of Marvel Changed Everything

First of all, let’s solve the question of why Disney bought Marvel. The reason is Bob Iger. A few months after the Pixar acquisition, Iger became CEO of Disney. This is a man with a gift for animation and he said that bringing Marvel to Disney would allow the company a lot of value and potential growth.

The first film distributed by Disney was The Avengers, in 2012and the distribution rights to Iron Man, Iron Man 2, Thor and Captain America: The First Avenger, were later acquired.

Marvel movies are influenced by both Disney production and content. For this reason, Disney chooses to use the term “family friendly” and “PG-13” to promote your company image with good intentions.

Disney felt that other less exploited Marvel Comics characters needed to be explored and see what happened, and that’s how hits like Guardians of the Galaxy came about.

As part of the MCU, Disney brought Marvel to TV and streamingwith series like Agent Carter, Daredevil, Jessica Jones, Moon Knight, Loki, Hawkeye, she hulk…, as well as series that were not part of the MCU but were produced by Marvel Television, such as Legion and The Chosen Ones.

It is true that some of them were not very successful, but they have been increasing the dominance of Disney and Marvel in the media. The arrival of Disney + took the definitive leap, since seek to connect the series with the universe of movies from the MCU, which not only further expands this universe but will make fans subscribe to the platform.

As the MCU prepares for another wave of content not only in theaters but also in streaming, it remains to be seen if Disney will maintain that success and popularity for another 10 years.

Let’s be honest, Disney and the creative teams behind of these movies they have to constantly walk a tightrope as they have to put out movies that are able to please the general public while keeping the majority of comic book fans happy and happy. That is almost impossible.

And it is that, Many times the changes are updated because we are talking about stories that are already quite old. Sometimes the superhero origins are updated to better reflect modern cultures and attitudes, other times the supervillains are drastically changed to seem genuinely menacing (what was once scary is now almost laughable).

Of course, some have turned out well and others not so much, Let’s see four of the most recognized:

1. Star-Lord, for example, is already one of the most emblematic characters, although it should be noted that he has not always had that personality. The one in the comics was a much more direct authority figure, in true police style.

However, James Gunn realized that audiences were more likely to root for some kind of underdog anti-hero, and that’s how we have the Star-Lord we all know and love today.

2.For the most part, the Thor of the comics has never been a fun character. However, in Thor: Ragnarok, director Taika Waititi let actor Chris Hemsworth shine with his humor, something that many have not finished fitting.

3. In 2012, we finally saw the Avengers reunite on the big screen. Nevertheless, the lineup was a bit different than the original comics and some have quite liked it, basically because in the early issues, the founding members of the team were Iron Man, Thor, Hulk, Ant-Man and Wasp.

In the movies it was added to Captain America, Black Widow and Hawkeye and it seems to have been a true grana.

4. Finally, we are going with something that is not quite convincing and that is that the Thanos we see is quite different from the one in the comics.

In the comics, Thanos is an outcast on his own planet due to his different looks than everyone else. Over time, this turned into a kind of hatred towards everyone, leading him to become a supervillain. This is completely ignored in the movies.

Losses with Soat policies will grow by 60% in 2022: Fasecolda